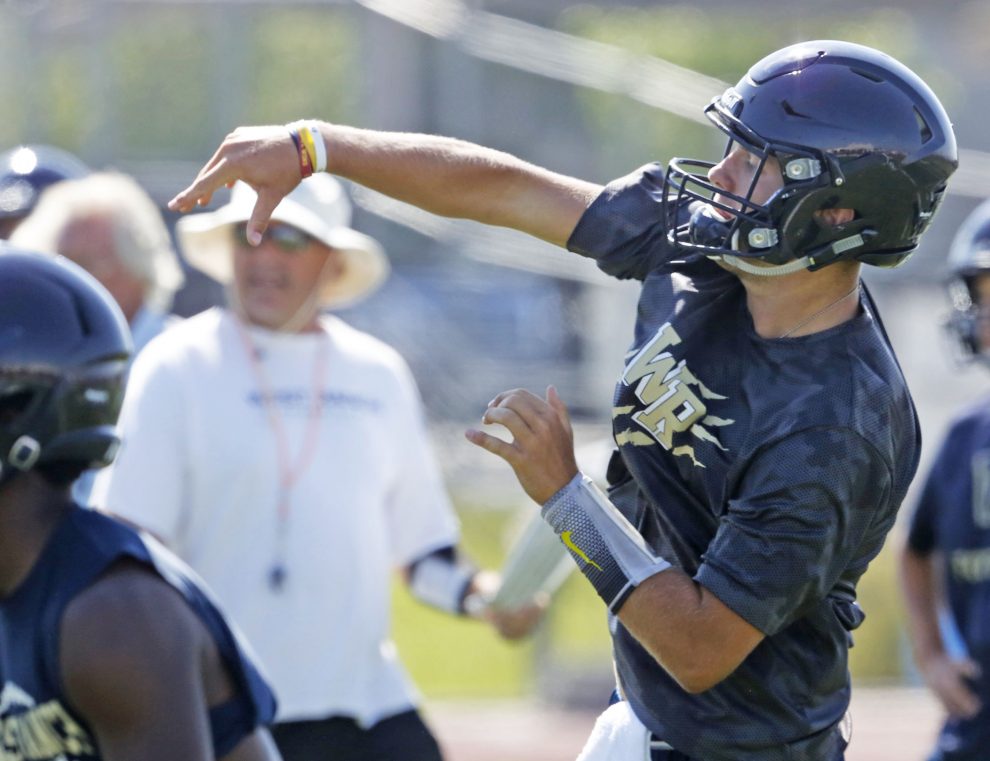 Story by: Mason Nesbitt from SignalSCV.com

When a quarterback transfers from Texas to California, you call that a change of locale.

When that quarterback, a senior NCAA Division 1 prospect, brags on his teammates, you call that a boost to team morale.

“Our strength is we have a lot of weapons at the skill positions,” Colton Mitchell said at a recent West Ranch practice, “and ultimately we have a solid team. Our O-line is aggressive. We have some wide receivers who we can get the ball to, and our running back is doing solid. 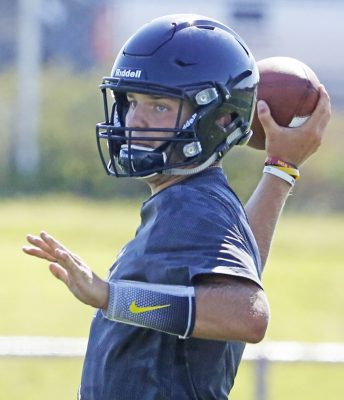 Mitchell, listed at 6-foot-3, 200 pounds, relocated from Texas with his mother last spring. He entered West Ranch mid-semester, but says he arrived at a “lucky” time.

“Their last grading cycle had ended, and they were starting a new one,” he said. “So it was all new material, so it was kind of easy to do that.”

Precalculus was a little tricky, but he survived. The hope is that as he masters the Wildcats offense, he’ll thrive.

“He has very good leadership qualities. It’s rare for a kid new to school to voice an opinion,” said West Ranch coach Chris Varner. “But he works really hard, and he’s a very affable young man, and the kids seem to really gravitate toward him.”

“He tries to hype everyone up, not just himself,” said junior Ryan Camacho. “… He gives speeches that are really good and motivate us all.”

Jovan Camacho, Ryan’s twin, wasn’t sure what to expect when he heard about Mitchell’s arrival. It’s safe to say, Camacho has warmed to the idea.

“All his throws are pretty accurate,” Jovan Camacho said. “So I’m excited to see what he can do.”

At his previous school in Leander, Texas, Mitchell played in four varsity games as a junior, according to MaxPreps.

He completed 17-of-40 pass attempts for 141 yards, five interceptions and no touchdowns.

Varner sees that attention as another way the signal-caller can boost a program that hasn’t finished above .500 since 2010.

“Washington State came out and looked at him in the spring. … For these kids, they’re not used to colleges coming to look at someone,” Varner said. “I think it’s good for the program. It’s a good buzz, a good excitement.”