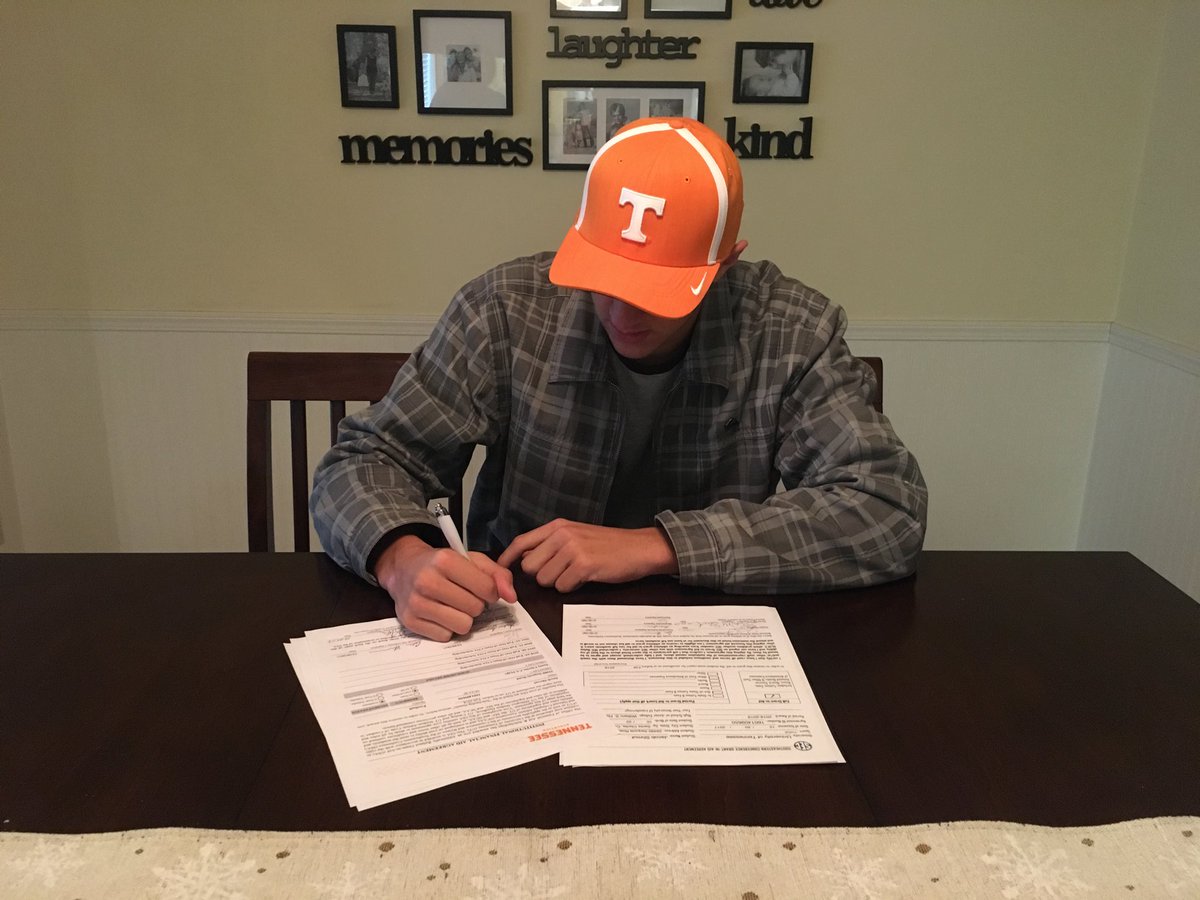 as published on 247sports.com by Ryan Callahan

A former California quarterback commitment from Santa Clarita, Calif., announced Wednesday that he has signed with Tennessee

Three-star senior quarterback JT Shrout of Hart High School in Santa Clarita, Calif., announced Wednesday that he has signed with Tennessee, picking the Vols less than 24 hours after he decommitted from California.

The 6-foot-3, 190-pound Shrout chose Tennessee coming off an official visit with the Vols last weekend, giving new Tennessee coach Jeremy Pruitt’s staff the quarterback it wanted in the 2018 class after the Vols parted ways with both of their former quarterback commitments last week.

Shrout, who had been committed to California before decommitting from the Golden Bears on Tuesday night, gave Tennessee its 14th commitment for the 2018 class. He landed a scholarship offer from the Vols last week and quickly scheduled an official visit to Knoxville for the final weekend before the new early signing period.

Four-star quarterback Adrian Martinez of Fresno, Calif., who had been committed to Tennessee since April, flipped to Nebraska last week, just hours after the Vols parted ways with three-star quarterback Michael Penix of Tampa, Fla.

Shrout, who plans to enroll at Tennessee in June, is ranked the No. 683 overall prospect and No. 26 pro-style quarterback in the 247Sports Composite for the 2018 class.