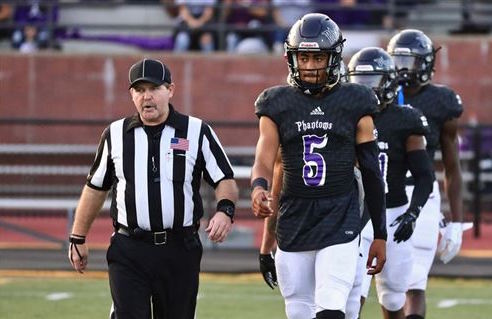 As published on MaxPreps.com

La Salle had home field advantage when it faced off against St. Francis two games ago, but the team wasn’t able to capitalize. No surprise then that heading on the road didn’t bring a better result. La Salle had a rough outing against Cathedral last week, losing 49 – 6.

La Salle had a mediocre defensive performance in the first half, giving up 49 points. That put it down 49 – 6. With zero second-half points, the offense didn’t much help its chances for success either.

Cathedral found its leader in an underclassman: Bryce Young threw for 233 yards and four touchdowns, which was enough to make him one of the team’s best players. Young went long for a 61-yard TD catch in the second quarter, one of the game’s most exciting plays.

The defeat brought La Salle down to 3-5. The win lifted Cathedral to 7-1.

The teams are out to raise these records in their next games. La Salle will battle it out against St. Paul on Friday at 7:30 PM. La Salle has been struggling to collect any significant yardage in its past three games, and the team will need to fix this ASAP if it wants to prevent more slippage. As for Cathedral, it will look to defend its home turf against Salesian this Friday at 7:00 PM.