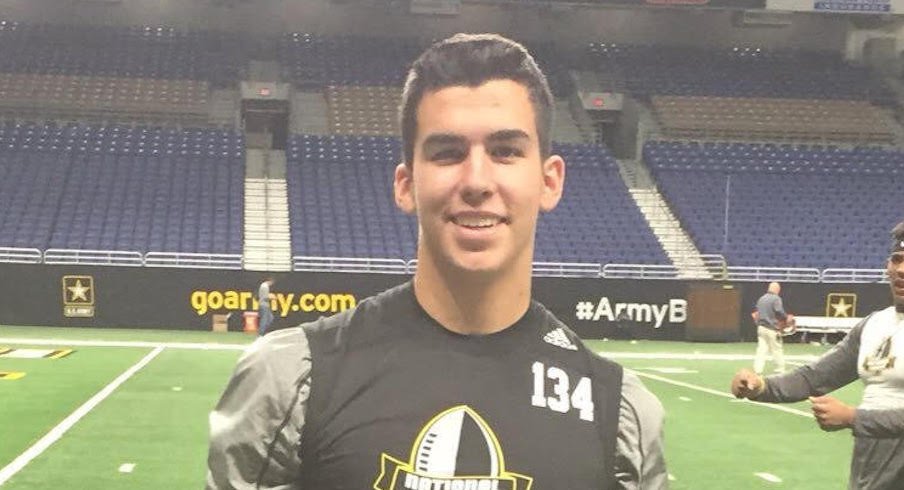 As published on elevenwarriors.com and written by Taylor Lehman

Finding the right fit for your college football program isn’t just about what happens on the field, but off it as well. Today, Ohio State added a key piece. How will that commitment impact the Buckeyes?

California 2019 quarterback JP Andrade announced Friday evening that he is committing to Ohio State as a preferred walk-on. He told Eleven Warriors that he plans to get on campus in Columbus in early-June.

His Ohio State recruitment ramped up just before Matthew Baldwin announced that he was entering his name into the NCAA transfer portal. There is an obvious impact that Andrade’s commitment makes for the Ohio State quarterback position in that he becomes the fourth quarterback that Ryan Day has previously expressed a desire for, but there’s more too.

As far as walk-on quarterbacks go, Ohio State got a good one in Andrade. At Bonita High School, he passed for just under 10,000 yards and 82 touchdowns, rewriting his high school’s record books in the process.

He stands tall in the pocket at 6-foot-3, 205 pounds, and can throw at several different arm angles. He does have a history of throwing a few interceptions though, as he racked up as many as 15 in one season in 2017.

When it comes to experience, Andrade brings a lot of that too. He passed the ball nearly 400 times as a junior and then 449 times as a senior while starting for three seasons in a pass-heavy scheme at Bonita.