As published on OCRegister.com written by By Dan Albano

There isn’t a hotter football prospect in Orange County at the moment than Los Alamitos quarterback Malachi Nelson. 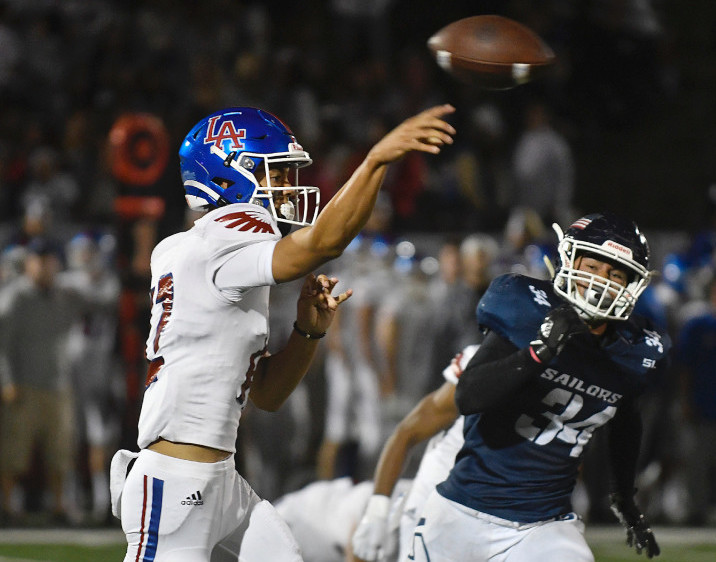 And he’s only a freshman.

Nelson was offered a scholarship by Alabama on Friday, extending his recent sizzling run of interest from major collegiate programs.

Before Alabama’s invitation, the 6-foot-3, 175-pounder was offered Tuesday by another Southeastern Conference power: LSU.

Alabama and LSU are No. 1 and No. 2 this week in the FBS rankings.

“Being offered by the No. 1 and No. 2 teams in the country is humbling,” Nelson said Friday before the Griffins’ Sunset League game against Huntington Beach at Cerritos College.

“It also fuels a fire to get better, live up to the hype and be the best quarterback that I can be.”

Nelson said the offers are special because of family connection he has to the universities.

He has one grandfather who is from Alabama while another grandfather lives in Baton Rouge, La.

And Nelson is feeling another connection.

“Getting (the) ‘Bama (offer) was special and humbling on many levels,” Nelson added.

Oregon and Georgia offered Nelson on Oct. 17. He entered the school year with an offer from Auburn.

Nelson said his freshman year been full of learning on and off the field. He is learning from his coaches and senior quarterback Cade McConnell, whom he has been splitting time with. He also holds a 3.6 grade-point average.

“The future is bright at Los Al, for sure,” Nelson said.