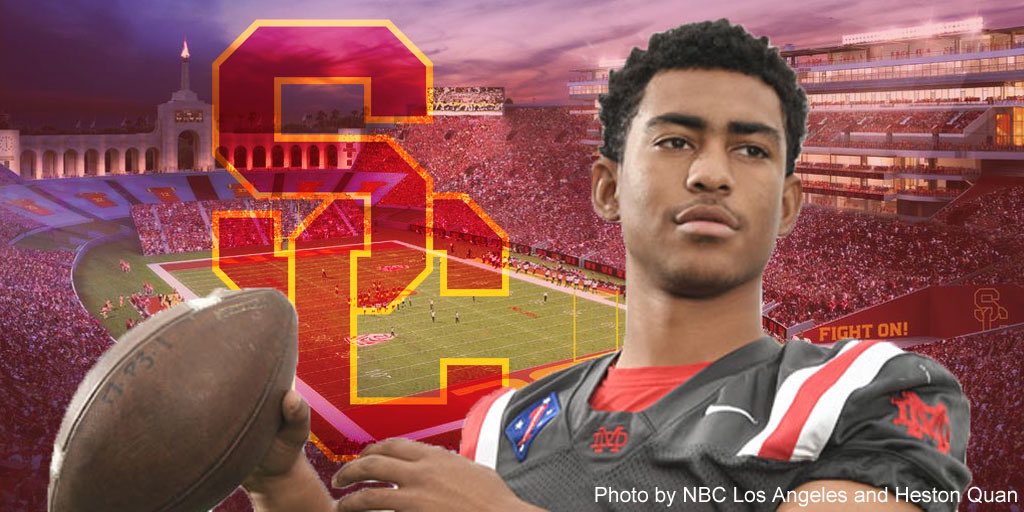 As published on MaxPreps by Mitch Stephens

He’s ranked the No. 1 dual quarterback from the Class of 2020 by 247Sports. So it makes sense that the college choices for Bryce Young came down to two.

In the end, the incoming Mater Dei (Santa Ana, Calif.) junior picked USC. He just made his announcement on Twitter. Within 10 minutes, it had been re-tweeted 160 times.

The fleet 5-foot-11, 176-pounder joins a long line of former Mater Dei quarterbacks to make a bee-line to USC. That includes current incoming freshman J.T. Daniels, the reigning MaxPreps Player of the Year.

Young, who transferred to Mater Dei last winter after two highly productive seasons at Cathedral (Los Angeles), has thrown for 4,876 and rushed for 441 yards in his career. He’s accounted for 67 touchdowns.

He is a MaxPreps preseason Junior All-American.

Ranked the No. 24 player overall in his class, the 5-star quarterback chose the Trojans over Oklahoma.

With the addition of Young, Mater Dei, the defending national champion, is ranked No. 2 in the MaxPreps season rankings.