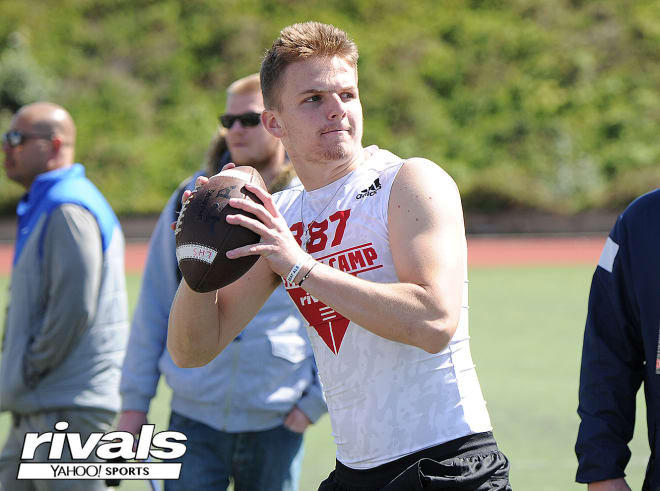 As published on rivals.com by Woody Wommack • @rivalswoody

The Rivals 3 Stripe Camp Series presented by adidas kicked off just after Signing Day and has already rolled through seven different cities. With the circuit on a brief break before resuming this weekend in Atlanta, we look back at the first half of the circuit and identify the best performances by position. Today we look at the quarterbacks.

The MVP of the Los Angeles stop of the series, Hilinski turned in one of the most impressive performances on the circuit thus far. The L.A. stop is always loaded with talent and for Hilinski to win the MVP award and the respect of his fellow campers and the event’s coaches shows just how well he performed. The South Carolina commit is going across the country for college and should also be making a move up in the next set of rankings.