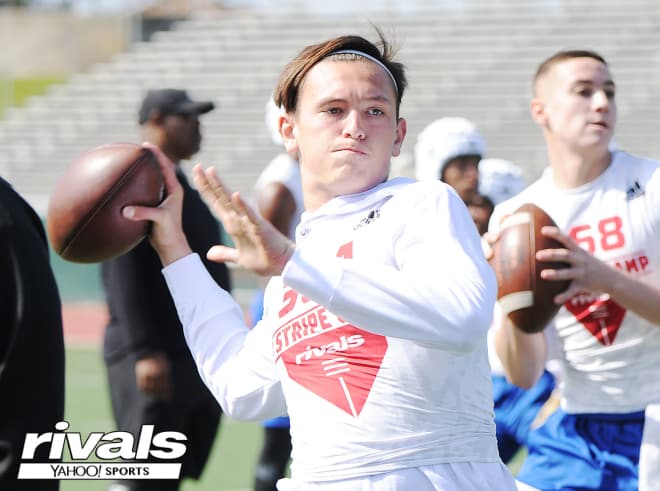 As published on rivals.com by Woody Wommack • @rivalswoody

The Rivals 3 Stripe Camp Series presented by adidas kicked off just after Signing Day and has already rolled through seven different cities. With the circuit on a brief break before resuming this weekend in Atlanta, we look back at the first half of the circuit and identify the best performances by position. Today we look at the quarterbacks.

The only prospect on this list to appear at two different Rivals Camp stops, Eget wowed at the Los Angeles stop of the tour before following that up with another strong showing in San Francisco. An under-the-radar prospect who has been biding his time behind older quarterbacks on his high school team, there’s no doubt that Eget has the skills of an FBS-level quarterback. While we clearly value his skills, he’s still waiting his turn to impress college coaches at camps this spring and summer.