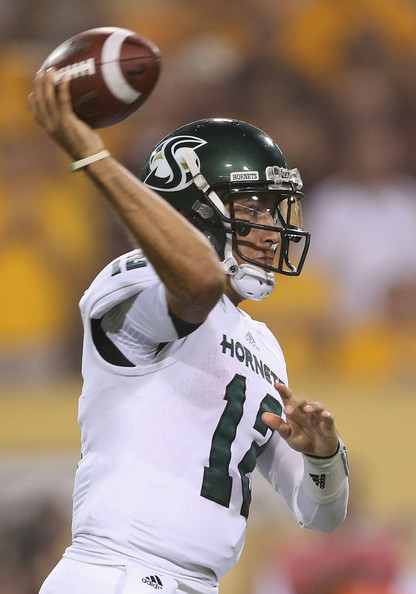 The pro day was held outdoors and players ran with spikes, which gave them a faster track. Nine players from Sacramento State and two players from Humboldt State worked out. One player from the group — a quarterback — has a chance to be a priority free agent.

One scout said the QB — Sacramento State’s Garrett Safron (6-0 7/8, 200 pounds) — “threw the leather off the ball,” so he had good velocity on his throws. He started a little slow, as his first three or four throws were high, but he settled in after that and was very accurate. Safron is a very good athlete.