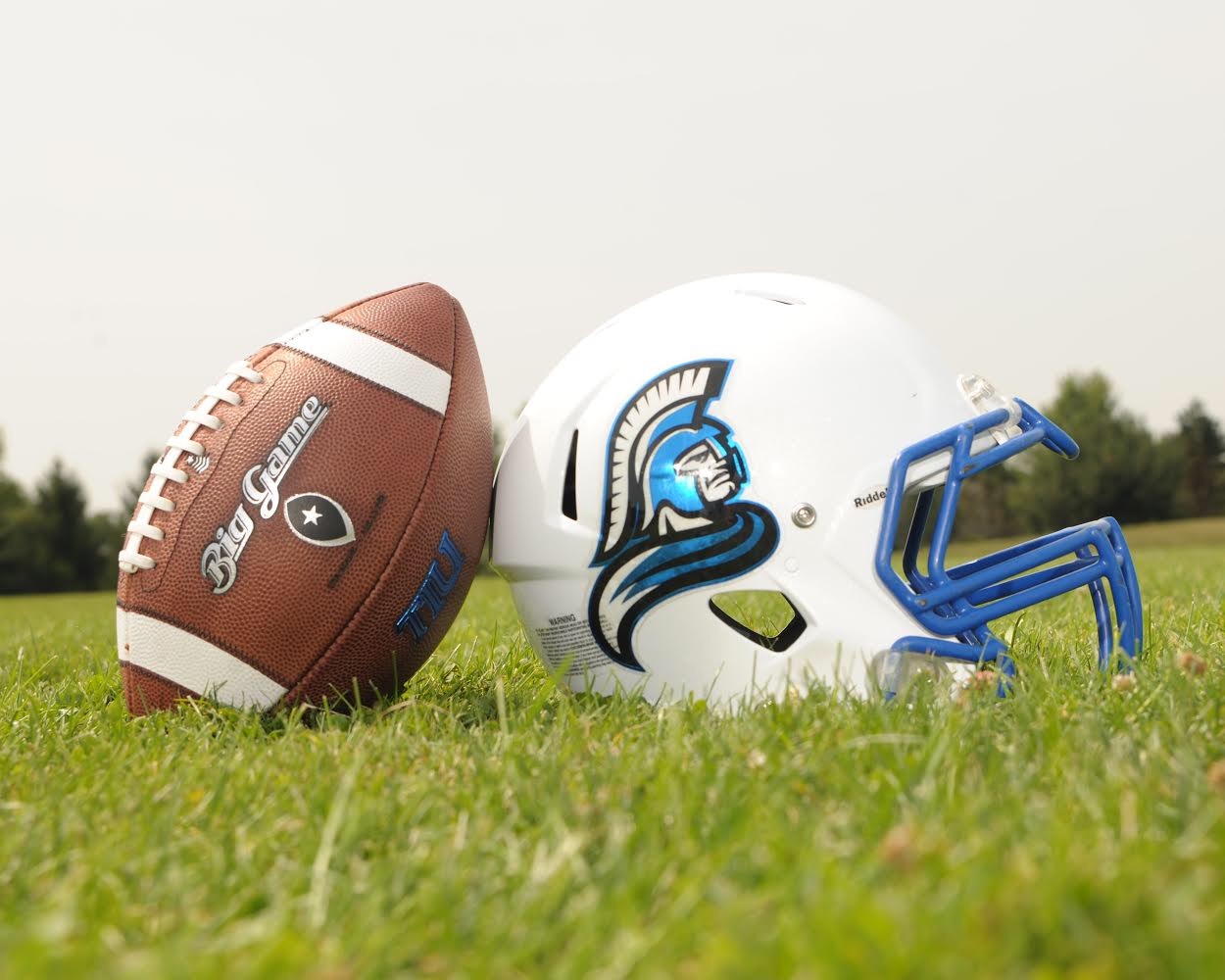 DEERFIELD, Ill. – Junior Quarterback Jonathan Santos put on a show at Frazier Field this afternoon, breaking school records in passing attempts, completed passes and single game passing yards in route to a come from behind 53-46 victory over Presentation College. Santos’ 732 passing yards not only was a school record, but broke the single game NAIA record for passing yards as well.

From that moment on the Trojans offense was locked in, and no one was stopping Jonathan Santos.

On the Trojans next possession led the Trojans on a 13 play 95 yard scoring drive in just under three minutes. After a 3rd and 3 conversion in plus territory Santos found Freshman WR Ryin Snider for a 7 yard pitch and catch for the score.

Both sides would trade blows one right after another, each scoring two more times in the second quarter. Santos kept firing through the final 15 minutes, throwing for another touchdown, this time finding Alex Alvarez for the score to tie the game 21-21 before the halftime break.

Santos continued his aerial assault in the second half. Despite throwing an interception on their opening possession of the half, Santos and the Trojan offense bounced back after a PC touchdown. Santos would fins his favorite target on the afternoon Davonta Archer, connecting on a 33 yard touch down pass to knot things up at 28.

Once again both sides traded scoring drives late in the third quarter, and with the game tied at 35 the Saints forced a Trojan fumble and eventually capitalized on the good field position. The Trojans defense made a key stop on 3rd down inside Trojan territory, Jaiden Machuca knocked through a 41 yard field goal to take the lead.

Trinity, like they did all game long would not go down without a fight. The Trojans continued to have their high powered offense roll on all cylinders as Santos drove the Trojans down the field and found Derek Lowe for the quick two yard touchdown pass to once again take the lead, this time 42-38.

After a solid fourth down stop from the Trojan defense, the Trojans again continued to move the ball offensively, but with the drive stalling on the 9 yard line Kicker Carter Andrade extended the Trojans lead to 45-38 with 2:34 to go in the 4th Quarter.

With no timeouts left in the game, and just 2 minutes left on the clock Presentation answered the bell and drove 61 yards in just four plays to find the end zone. The Saints, trailing by one after the score, decided to go for the two point conversion to take the lead. Eggl found Weisser on a screen who walked into the end zone to give PC a 46-45 lead.

On the ensuing kickoff Alvarez made a couple of nice moves, but two block in the back penalties brought the ball all the eay back to the seven yard line with 1:34 to go in the game. Once again the Head Coach Lamont Butler would call on his star quarterback to lead the Trojans down the field, and the Junior would not disappoint.

Santos, completing 5/7 passes on the final drive, led the Trojans on a 93 yard drive to the end zone, capped off by a 62 yard shovel pass touchdown to Derek Lowe. The Trojans would convert on the two point conversion attempt to make it 53-46.

The Saints would gt one more crack at it offensively but Jamuari Spivey put a quick end to that, snagging his first career interception to seal the victory for TIU.

The Trojans finished the game with three receivers over 100 yards, as Archer, Alvarez, and Campbell all eclipsed the century mark.

TIU hits the road next weekend when they travel to St. Paul, Minnesota to take on the University of St. Thomas at 1 PM.