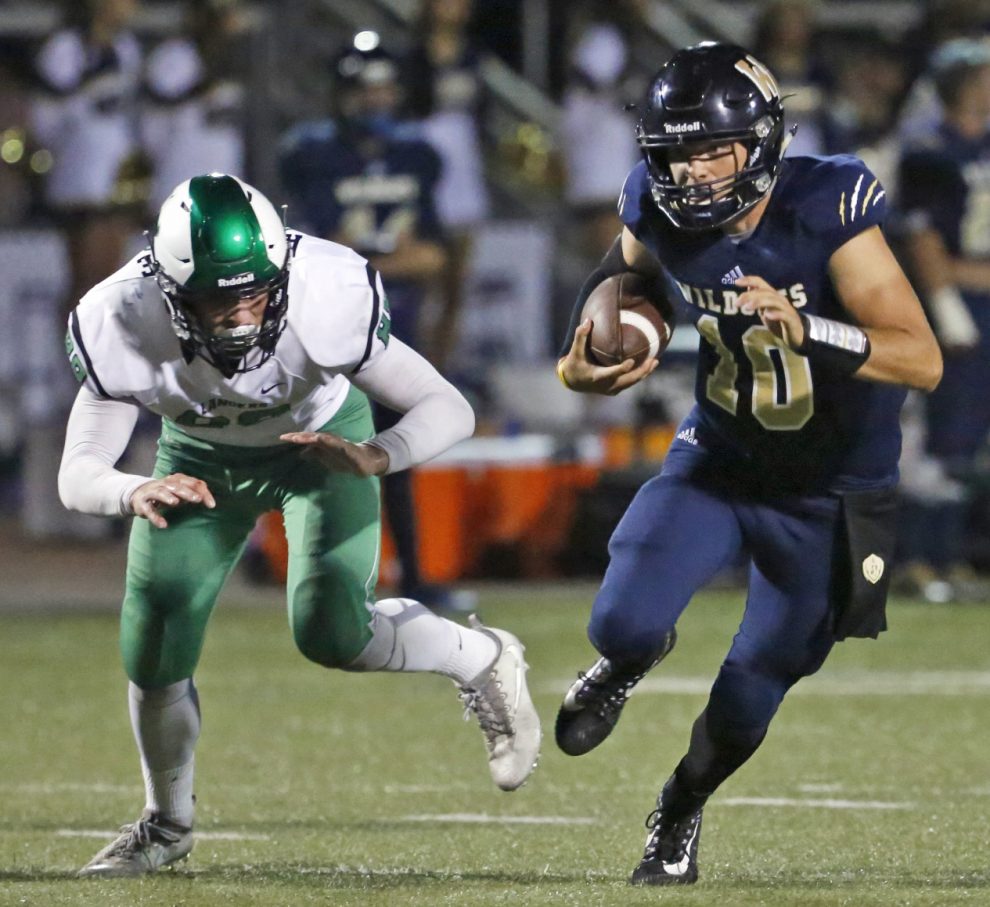 Story by: Haley Sawyer from SignalSCV.com

At halftime of West Ranch football’s 48-28 win over Thousand Oaks, Wildcats quarterback Colton Mitchell was dancing in between warm-up throws.

The Cats (3-0) had scored five touchdowns in the opening half to secure a lead that the Lancers would desperately try to overcome in the second half.

Thousand Oaks (1-3) fumbled on the second play of the night, and West Ranch capitalized on the mistake when LaRon Huff scored a six-yard touchdown to get on the board early.

The Lancers scored for themselves on the next drive, but the accomplishment was overshadowed. Huff scampered for a 47-yard score, then Mitchell’s threw for two touchdowns and ran for another.

On the penultimate play of the second quarter, Cats linebacker Zach Van Bennekum sacked Artopoeus at the 10-yard line to force a Lancers field goal.

“We just stayed over top, made sure our guys were deep, didn’t allow them to get out of the pocket,” Van Bennekum said of how the defense handled Artopoeus. “That was pretty key.”

But Thousand Oaks came out swinging to start the third quarter. Artopoeus threw for two touchdowns to begin the frame.

“You just can’t do that against a team,” said West Ranch coach Chris Varner. “You can’t give them life.” 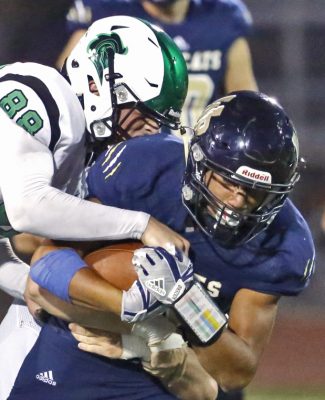 Jovan Camacho quickly turned the momentum back in the Wildcats favor when he intercepted an Artopoeus pass, then had a fumble recovery four plays later.

“I saw the quarterback scramble out to the right and so I rushed forward,” said Camacho of the interception. “Then I tried going backwards and I saw the ball was tipped so I fell to the floor and then I ended up right underneath it.”

Huff scored on the ensuing drive with a 20-yard run to pull West Ranch ahead 41-26.

The Lancers recorded a safety shortly after, but were unable to score for the rest of the night. Ryan Camacho wrapped up the game with a 14-yard touchdown rush.

“There’s a few mistakes we’re going to work on, but he culture is changing around here,” Van Bennekum said. “The program is improving and we’re just going to go up from here.”